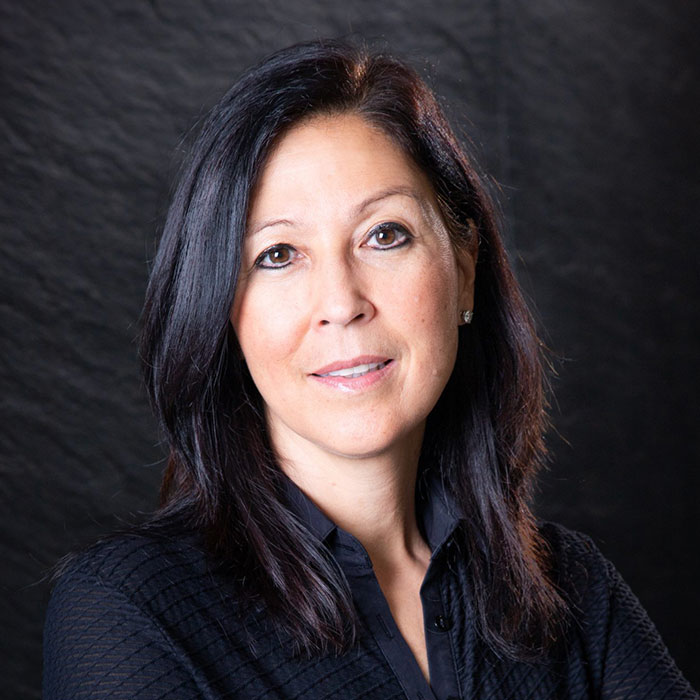 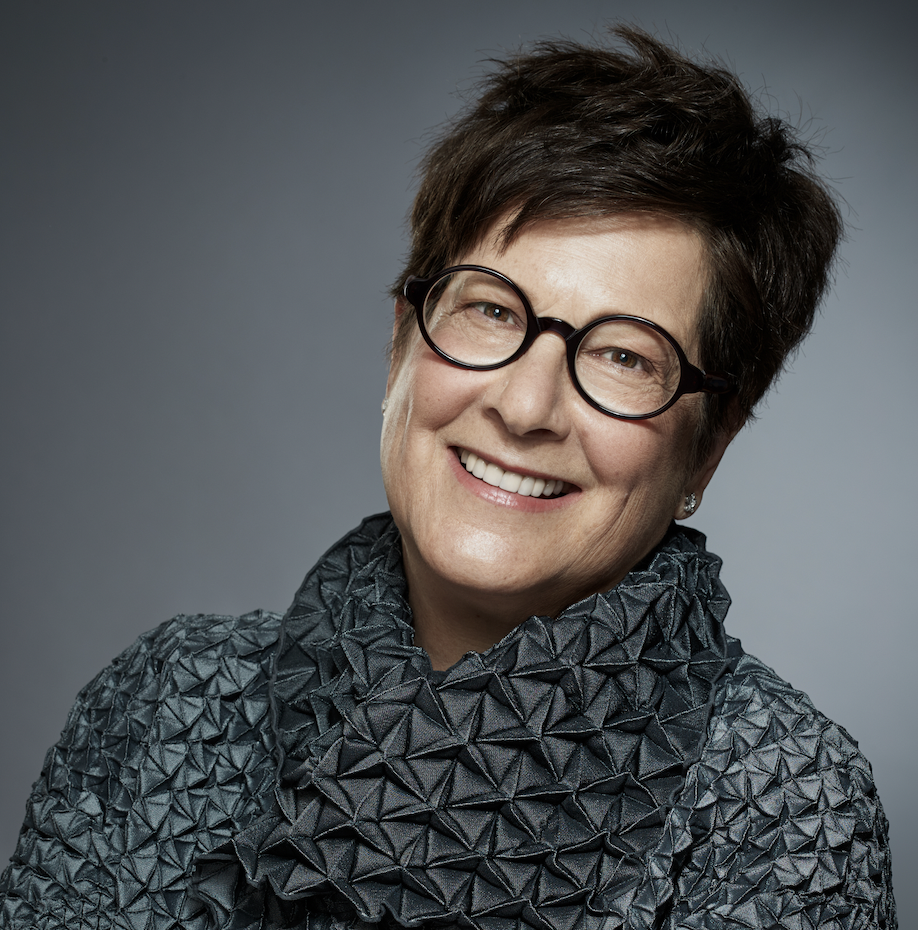 Ms. Barsh joined Genesco’s Board in 2013. She became a senior partner emeritus of McKinsey & Company, a global management consulting firm, in March 2013, after more than 30 years with that firm, where she had been a senior partner since 1994. She is the author of several books and an expert on leadership development, growth strategy, organization effectiveness and performance transformation. Ms. Barsh has counseled over 100 companies, organizations and governments around the world in the retail, consumer products, direct selling, private equity, and media sectors on strategic and operational issues. She is a strong advocate for women, serving on New York City’s Commission on Women’s Issues for over a decade and leading ground-breaking research for The Wall Street Journal’s Women in Econ Task Force and for the U.S. Chamber of Commerce. She is also a member of former Secretary Clinton’s International Council of Women Business Leaders, co-chairing its Leadership Working Group. The Board believes that Ms. Barsh’s expertise gained through more than three decades of helping management teams and boards identify market opportunities, chart and implement strategies, identify and execute business transformations and navigate industry transitions, as well as her extensive research on advancing women and people of color in the workplace, provide valuable insight to Genesco’s Board and management. 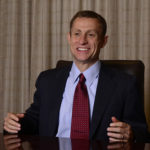 Mr. Diamond has been an operator, investor, and entrepreneur in digital media and retail for over 25 years and is a pioneer in digital commerce and media. He co-founded Alloy, Inc. (formerly Nasdaq: ALOY) in 1996, a privately-held marketing and media company focusing on the youth demographic through television, film, and digital media, which merged with Break Media in October 2013 to form Defy Media. From 2010 to 2013, he led the successful sale of over eight Alloy businesses to a combination of strategic and private equity buyers. He served as chief executive officer of Defy Media, LLC from October 2013 until November 2018. Mr. Diamond was a director of Alloy since its founding, and was named its chairman and chief executive officer in 1999. Mr. Diamond was instrumental in the establishment of Alloy’s multi-discipline marketing unit, Alloy Media + Marketing, and led key expansions, including Alloy Entertainment, the youth media behemoth, which was sold to Warner Bros. Television Group; Channel One, the award-winning premiere television news network for teens; and Alloy Education, a leader in student recruitment solutions for higher education. Mr. Diamond has presided over some of the largest youth brands of the last quarter century including, Delia’s, Alloy, CCS, Smosh, Honest Trailers, “Gossip Girl,” “Sisterhood of the Traveling Pants,” “Vampire Diaries,” “Pretty Little Liars,” and Channel One Media. He also served as board member during the early stages of Rent the Runway and GoNoodle. Mr. Diamond continues to work with multiple leading edge companies and brands seeking to reach consumers through all aspects of digital and social media. He has been a director of Genesco since 2001. The Board considers Mr. Diamond’s experience in youth branding and marketing and insights into navigating and leveraging demographic trends (including as it relates to a key demographic of the Company’s Journeys business), and his knowledge of social media, digital media and commerce, omni-channel and direct retail and marketing, strategic planning and his senior management experience to be important contributors to the effectiveness of Genesco’s Board.

Mr. Lambros is managing director and co-head U.S. Technology Group, and head global digital media & entertainment at Houlihan Lokey. He previously served as president of GCA-U.S., a global investment bank, serving as the head of its digital media banking practice. He also served as a member of its board of directors and executive committee and serves as a member of the board of directors of GCA Corporation, its parent company (TYO: 2174). Mr. Lambros has been an active advisor to and operator in the digital media and emerging technology markets. As an investment banker, Mr. Lambros has led more than 250 public and private market financings, merger and acquisition transactions, recapitalizations, joint ventures and senior and subordinated debt financings. From 2000 to 2003, he was senior vice president of business development for Into Networks, a broadband technology company. From 1993 to 2000, Mr. Lambros was a banker at Morgan Stanley & Co., where he served as a vice president and member of the global communications group focused on advising emerging telecommunications, media and technology clients. The Board considers Mr. Lambros’ experience in corporate finance, digital media, emerging technology sectors, as well as his experience with strategic portfolio reviews, M&A, transaction matters and capital markets to be beneficial to Genesco’s Board. 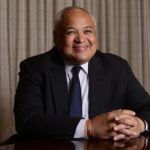 Mr. Marshall, who joined Genesco’s Board in 2012, was a partner in the Washington, D.C. office of the law firm of Morgan, Lewis & Bockius LLP until his retirement in September 2019. He also serves on the board of CoreCivic Inc. (NYSE: CXW), a publicly-traded, full-service corrections management and real estate solutions provider. He is a former board member of the Ethics Compliance and Certification Institute, the United States Postal Service and the Ford Foundation. Mr. Marshall works at the intersection of law, business, politics and policy. He has practiced law, held senior government appointments, and he serves on an array of corporate and non-profit boards. Mr. Marshall’s professional background includes service in all three branches of the federal government and in the private sector. Prior to joining a predecessor of Morgan, Lewis & Bockius LLP as a partner in 2001, he served in roles including Assistant to the President and Cabinet Secretary from 1997 to 2001, co-chair of the White House Olympic Task Force in connection with the 2002 Winter Olympics, director of legislative affairs and deputy counsel to the Vice President, counsel to the Senate Judiciary Committee, the Committee on Commerce, Science & Transportation, and the Governmental Affairs Committee, and as a judicial clerk to the Honorable Barrington D. Parker of the U.S. District Court for the District of Columbia. The Board believes that Mr. Marshall’s extensive experience in government service, insight into regulatory affairs, and his expertise in corporate governance and oversight, ethics and risk management and stakeholder relations gained through service as a director in for-profit, non-profit, and public sectors, bring unique and valuable perspective to Genesco. 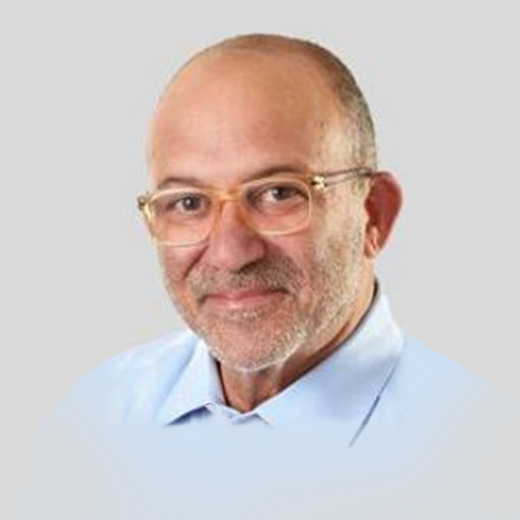 Mr. Martinez served as chief executive officer and president of Deckers Brands (formerly known as Deckers Outdoor Corporation) (NYSE: DECK), a footwear designer and distributor whose brands include UGG, Teva, Sanuk, Hoka One One and Koolaburra, from April 2005 until his retirement in June 2016, as executive chairman of the board from 2008 until June 2016, and as non-executive chairman of the board from June 2016 until September 2017. Prior to joining Deckers, Mr. Martinez was co-founder of Keen LLC, an outdoor footwear manufacturer, and served as its president, chief executive officer and vice chairman from April 2003 to March 2005. Prior thereto, he served as executive vice president and chief marketing officer of Reebok International Ltd. and as chief executive officer and president of The Rockport Company, a subsidiary of Reebok International Ltd. He currently serves on the board of directors and is a member of the audit committee of Korn Ferry (NYSE: KFY) and served on the board of directors and as a member of the compensation committee of Tupperware Brands Corporation (NYSE: TUP) from 1998 to 2020. The Board believes that Mr. Martinez’s 40 years of experience in the retail footwear industry and his operational and strategic knowledge, including his expertise in capital allocation, navigating and leading industry transitions and business transformation, and human capital management, gained through his experience as a leader and board member of other publicly-traded companies will bring valuable insight to the Board and the Company. 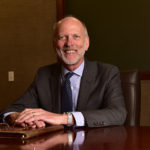 Mr. McDermott retired as a partner of the international accounting firm KPMG LLP in 2013, after having been associated with the firm for 33 years in various capacities, including audit engagement partner, SEC reviewing partner, professional practice partner, and audit partner in the firm’s Office of General Counsel. He is also a licensed Certified Public Accountant in Tennessee and New York. From March 2019 to March 2020, Mr. McDermott was chief audit executive for Pinnacle Financial Partners, Inc. (Nasdaq: PNFP). He is also currently a member of the board of directors and chair of the audit committee of Daktronics, Inc. (Nasdaq: DAKT), a publicly-traded provider of electronic scoreboards and display systems, and has served as the Lead Independent Director of Daktronics, Inc. since June 2020. He has also served on the boards of several community, arts and religious organizations. Mr. McDermott joined Genesco’s Board in 2016. The Board considers Mr. McDermott’s broad exposure to many businesses and his expertise in oversight and knowledge of accounting, auditing, and internal control over financial reporting by publicly-traded companies gained in his career to be valuable to the Board and to the Com

Mary E. Meixelsperger is chief financial officer of Valvoline Inc. (NYSE: VVV) and has served in that role since June 2016. Valvoline is a leading provider of automotive services and marketer and supplier of premium branded lubricants worldwide. Valvoline operates more than 1,500 quick-lube locations in North America. Prior to joining Valvoline Inc., Ms. Meixelsperger was senior vice president and chief financial officer of DSW Inc. (NYSE: DSW), now operating as Designer Brands Inc. (NYSE: DBI), one of North America’s largest designers, producers and retailers of footwear and accessories, from April 2014 to June 2016, and held the roles of chief financial officer, controller and treasurer at Shopko Stores from 2006 to 2014. Ms. Meixelsperger also serves as a director of a wholly-owned subsidiary of Valvoline Inc. and served as a director of Valvoline Cummins Private Ltd., a joint venture between Valvoline Inc. and Cummins India from 2017 to 2020. She also serves as Vice Chairman of the board of United Way of the Bluegrass. Ms. Meixelsperger has over thirty years of experience in various aspects of finance, accounting, risk management, business development, strategic planning, and information technology, and has served in senior leadership roles at several companies, including shoe retailer, DSW, and automotive services company, Valvoline. The Board believes that Ms. Meixelsperger’s decades of experience as a chief financial officer, her expertise and knowledge of accounting, auditing, and internal control over financial reporting by publicly-traded companies, and her experience with omni-channel strategy and the specialty footwear retail industry will be valuable to the Board and to the Company.

Gregory A. Sandfort served as chief executive officer of Tractor Supply Company (Nasdaq: TSCO) from May 2016 to January 2020 and as a member of the board of directors of Tractor Supply from February 2013 to May 2020. Following his retirement, he served as strategic advisor and consultant to Tractor Supply from January to August 2020. Mr. Sandfort served as president and chief executive officer of Tractor Supply from December 2012 to May 2016 and as president and chief operating officer of Tractor Supply from February 2012. Mr. Sandfort also previously served in the roles of president and chief merchandising officer and executive vice president – chief merchandising officer of Tractor Supply. Mr. Sandfort served as president and chief operating officer at Michaels Stores, Inc. from March 2006 to August 2007 and as executive vice president – general merchandise manager at Michaels Stores, Inc. from January 2004 to February 2006. Mr. Sandfort has also served as a director of WD-40 Company (Nasdaq: WDFC) since 2011 and as Lead Independent Director of WD-40 Company since October 2020. He was also formerly a director of Kirkland’s, Inc. (Nasdaq: KIRK). With over 40 years of experience in the retail industry, Mr. Sandfort brings a wealth of knowledge regarding all facets of Genesco’s industry and retail, including merchandising, marketing, brand management, operations, strategic planning, human resource management and logistics. The Board considers his broad-based experience in the retail industry, his expertise in capital allocation and his understanding of customer dynamics and shifting consumer preferences and ability to leverage such understanding to successfully lead business transformations to be valuable to the Board and to the Company.